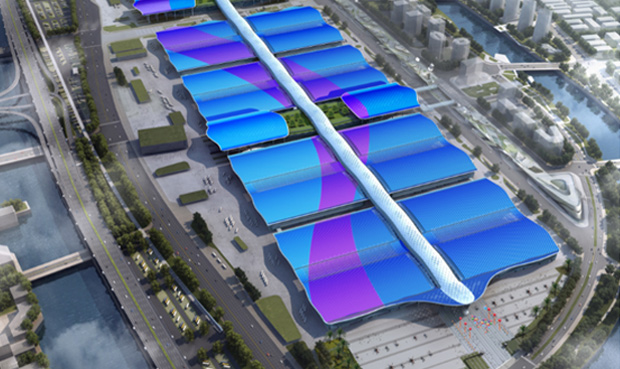 Shenzhen World Exhibition&Convention Center is adjacent to Shenzhen Baoan International Airport, Fuyong Wharf and the Guangzhou-Shenzhen Expressway. It is direct access to the subway and the city rails which has convenient transportation resources. 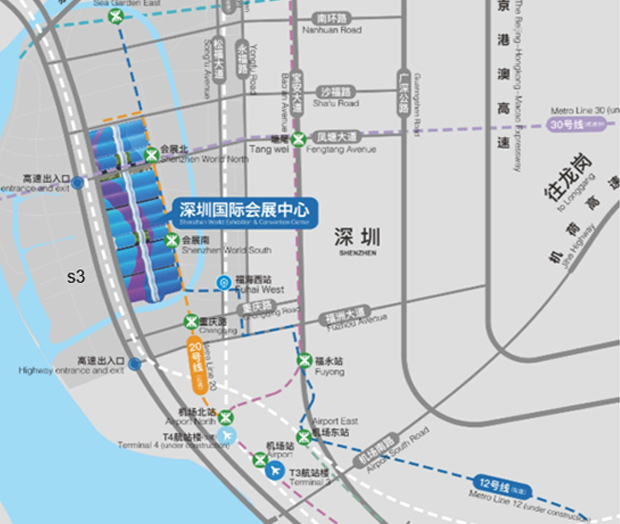 It will be equipped with smart bus, connecting to Tangwei Station of Metro Station Line 11, and going back and forth between the exhibition hall and the surrounding subway stations, bus stations, commercial centers, hotels and other places.